The examination of democracy both as a process as well as a value has been an important aspect of the SSA’s research agenda since its inception. Central to the SSA’s research agenda has been the idea that democracy contours and is contoured by local cultures over time and space. Due to this its researchers have worked to understand the particularly Sri Lankan and South Asian nature of the democracy that has taken shape within the country and the region over time.

The Study on the State of Democracy in South Asia (SDSA) has been one of the key research programmes through which the SSA has sought to explore these problematics. SDSA is the South Asian arm of the Democracy Barometer survey that covers the Latin American, African, Eastern European and Asian continents in order to examine the trajectory of democracy across regions. The first SDSA was conducted in 2003 and the SSA, together with CPA-Social Indicator, was tasked with overseeing the Sri Lankan arm of the study. Since then the SSA has been involved in a number of local and international dialogues based on the findings that emerged from the first SDSA survey. The findings of this study were also published by the Oxford University Press as the “State of Democracy in South Asia” in 2008.

The SSA’s current research programme on democracy is part of the second phase of the SDSA survey and it is in the latter stages of its analysis of the data that emerged from the Sri Lankan arm of the survey that was conducted in late 2012. This work will eventually be disseminated through the survey report as well as through a selection of qualitative research papers that will be published as part of an edited volume in the future.

The “Democracy, Political Exclusion and Marginality Research” sought to supplement the SDSA study by ensuring that the views of groups such as the displaced Northern Muslims, Burghers, Malays and Malayalee ethnic communities as well as other marginalized, rural social groups were included in the SDSA study. This research sought to advance a case for ‘political inclusion’ of the ‘socially excluded’ as a component of an agenda for re-making democracy in a way that is politically relevant to the struggles of the “ordinary people.”

The Democracy and Governance Research Group (DGRG) has also been formed by the SSA in order to understand the functioning of Sri Lanka’s democracy by utilizing multiple pathways and research instruments. The formation of this group is informed by a desire to deepen and broaden the production of knowledge on democracy in practice while at the same time building the research capacity of a younger generation of Sri Lankan scholars. The work of the current members of the DGRG spans themes ranging from the political economy of development and the function of caste in Sri Lanka to examinations of the dynamics shaping the agendas of minority political parties and the way in which the understanding of “leadership” is impacting on Sri Lanka’s current political trajectory. 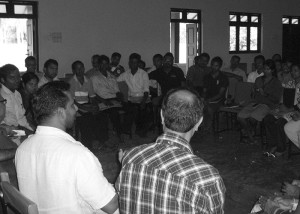 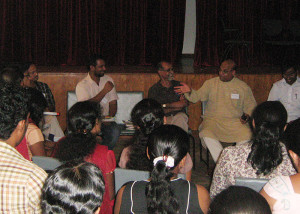 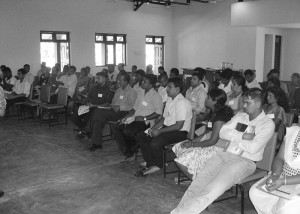 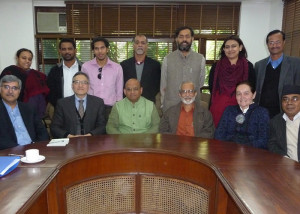