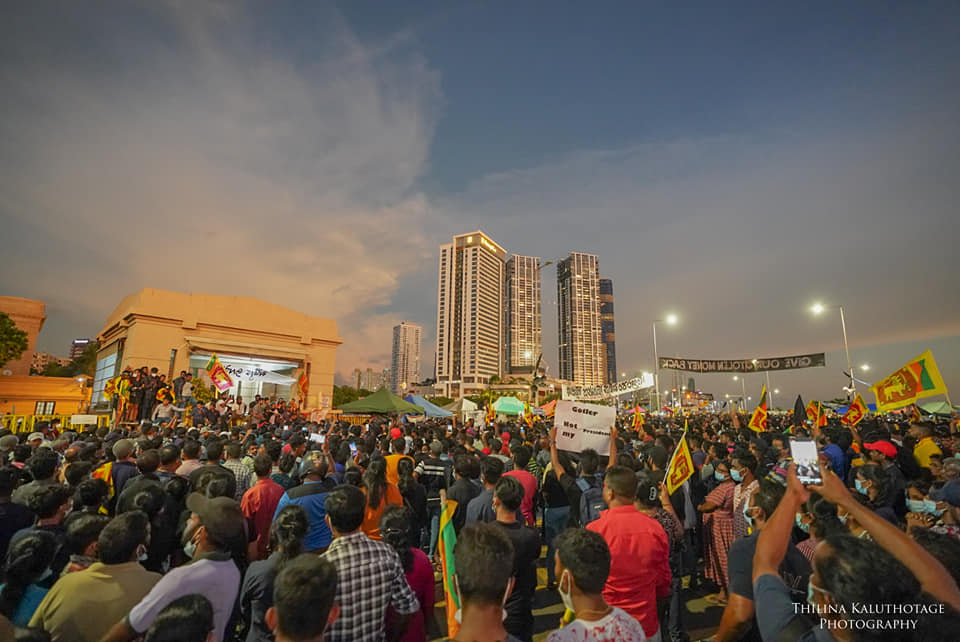 Sri Lanka is currently experiencing the worst economic crisis in its post-independence history. Foreign reserves of the country have dangerously dwindled, incapacitating the government to import essential supplies such as fuel, cooking gas, fertiliser, and medicine, among other things.

As a result, Sri Lankans are going through unprecedented suffering. Severe shortages of almost all essential items have had a crippling effect on their daily lives. For many weeks, people across the country have been standing in long queues to obtain access to essentials. They are forced to suffer long hours of power cuts. The current crisis has not only disrupted people’s lives at home, but also adversely impacted the economic activities of many sectors such as agriculture, transportation, hospitality, small businesses, and manufacturing. The livelihoods of many are teetering on the edge of collapse. Children’s education, already disrupted by the Covid-19 pandemic, has further suffered due to lack of transportation, electricity, and even writing papers. Hospitals have almost run out of essential medicines, costing lives. The crisis has reached such a high point that any corrective measure, no matter how well thought out, will take at least months to have some positive effect on people’s everyday lives.

We share the public perception that the Gotabaya Rajapaksa government is primarily responsible for aggravating the financial crisis and bringing it to a head. In the backdrop of intensifying popular protest against the difficulties people face, the President and his government are fast losing legitimacy. Although economic mismanagement was the immediate cause of the current crisis, we cannot ignore the role of political institutions and processes in producing the overall crisis. Since independence they have nurtured a corrupt, authoritarian, ethnicised, dynastical, and undemocratic political culture, paving the way for the current disaster of unprecedented magnitude. Resolving the immediate economic crisis is undoubtedly a major priority. However, we believe that restoring democracy and reforming the country’s political culture are equally important and urgent for establishing a just and fair society.

Indeed, this is the call from ordinary citizens who have been protesting over the last month night and day, in the sunshine and rain, offline and online. The protests which started as small neighbourhood candle-light vigils about the hardships faced by people due to the power cuts and gas and fuel shortages have now grown into an unprecedented nationwide uprising that has crossed the ethnic divide. One of the slogans of these protests is “kagetha me balalvegaya? Jathi thune balavegaya” (‘Whose movement is this? This is a movement of all three communities’). A number of protests have been punctuated by Iftar celebrated by Muslim participants at the protest ground. Young people including university students, who have never been involved in any protest, are at the forefront of the agitation. This is a spontaneous citizens’ protest movement with a multi-class, multi-ethnic character. It is a culmination of a wave of protests commenced by farmers, teachers, fishermen, etc. against economic hardships a few months ago.

This spontaneous uprising of people independent of political parties call for the removal of the Rajapaksa family and all 225 Members of Parliament. We see this call as a metaphor of the deep disenchantment shared by many citizens with the whole political class in this country. This wave of protests gives a clear message that citizens are deeply disappointed with the way in which the country’s system of democratic institutions and practices have been abused by the political elites as well as the bureaucracy. The slogans and demands being put forward embody a thorough critique of the system, suggesting ideas and directions for far reaching reforms and reconstructions. It is also a call for a new political culture of democracy, accountability, and integrity without political corruption. Citizens and civil society organisations committed to Sri Lanka’s democracy have come together to support and sustain this movement in the long term.

We unequivocally condemn the use of violence against unarmed citizens exercising their right to protest and are deeply saddened by the death of one protestor at Rambukkana on the 19th of April 2022. More broadly, we recognise that there are efforts to infiltrate this movement and divide and demonise the protesters as anarchists and extremists. Counter protests are being staged to bring back ethnic divisions. Social media experts have also warned that efforts are underway to splinter and dilute the core message coming from the people. Therefore, participants and well-wishers of this new democratic movement in Sri Lanka need to be vigilant to defeat such efforts at undermining this movement. Moreover, the Prime Minister in his address to the nation on the 11th of April appeared to issue a veiled threat against the protesters, while falsely asserting that the protestors are insulting the armed forces.

This is a new and rare democratic moment for Sri Lanka. Let us not miss it. We urge all political and civil society actors to respond to the messages coming from the protesting young citizens with utmost seriousness and responsibility.

In that context, we would like to state the following:

We stress the importance of reforming the political system of the country as a part of the solution to the current economic crisis by:

We call for a broad coalition of all protesting groups to sustain this movement for democracy and economic justice in the long term.