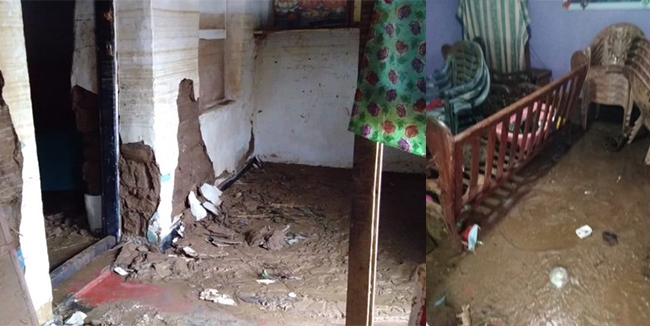 In late December 2021, the Ministry of Plantation Industries announced that it had signed a Memorandum of Understanding (MoU) with the Ministry of Industries, Mine, and Trade of the Islamic Republic of Iran to settle a US$250 million outstanding debt of the Ceylon Petroleum Corporation with the National Iranian Oil Company. The settlement outlined that Sri Lanka would begin sending Iran US$5 million worth of tea each month to repay the country for oil purchases pending from four years prior. The government referred to the settlement as a “‘tea for oil’ barter arrangement” and justified it in the context of the economic crisis. In their eyes, it would be an agreement of “mutually beneficial cooperation . . .  in the field of economic relations.”[i] The MoU would be one of many last chance efforts of the now former Rajapakse regime to alleviate the country’s insurmountable foreign debt, conserve the last of its foreign reserves, and prevent what would soon become the country’s most severe and unprecedented economic crisis.

Just over seven months after the signing of the “tea for oil” MoU, a video circulated on social media in early August 2022 of three Tamil tea estate residents being swept away by floods on Kataboola Estate outside the hill station town of Nawalapitiya. All three estate residents, at the time of writing, are still missing and have been presumed dead. Kataboola Estate, according to the website of Kahawatte Plantations PLC, was one of the first estates to replace their diseased coffee crops with tea in the 19th century. It dominates the current price rankings of tea in the district, won a Gold award for specialty tea in China, and holds a number of sustainability certifications.[ii] In July 2022, mutual fund organisers shared photographs on social media showing the flooding and uninhabitability of line room homes due to continuing heavy rainfall.

How did Sri Lanka’s tea estate workers, a majority of whom are landless, caste oppressed Malaiyaka Tamil women, enter into a transnational agreement that dictates they pluck US$5 million worth of tea monthly to repay the country’s debts? How were they factored into this agreement for the next four plus years while not being provided a single day’s safe passage by foot to the sustainability-certified, award-winning fields on which they must carry out their waged work?

The “tea for oil” barter arrangement makes clear how the plantation sector and the Sri Lankan State strategically collaborate to reinforce exploitative structures of caste, class, and gender oppression, and the longstanding accumulation of wealth on the plantations by dispossessing women workers and their families. This material form of exploitation is found in the companies’ dismissed filing to challenge the LKR1000 wage agreement, workers’ lack of equitable housing and land rights, and the absences of Malaiyaka Tamil women in higher-level supervisory and management positions.

Malaiyaka Tamil women workers have yet to be fully respected or valued in Sri Lanka’s broader field of economic relations. Or, to be more specific, the valuation of Malaiyaka Tamil women’s participation in Sri Lanka’s economy has been too closely tied to the State’s investment to perpetuate their exploitation. Accumulation by dispossession is possible by not providing workers the option to negotiate their social and economic rights through depoliticised, independent forms of union representation. Moreover, it relies on the complicity of the patrilines that define the sector’s union-political party leadership and their refusal to centre and give women workers meaningful channels of decision-making and to represent their most basic needs for survival at both the industrial and national levels (Ibrahim and Padmasiri 2019).

This was most evident in two wage-related events that took place within the sector between February and July 2021. The first took place on Alton Estate in Central Province. In February 2021, workers on the estate participated in a plantation sector-wide, union-led strike action to demand a Rs1000 daily wage. The strike would eventually be credited to moving the union-company negotiations forward and for the earning of the Rs1000 wage a month later, in March 2021.

Following their participation in the strike, workers on the estate met with the management to share their grievances about the latter’s action regarding delayed payments, disputes over the revenue-sharing model, plucking targets, worker harassment, and police intimidation. The meeting escalated to a physical confrontation between workers and the management, and consequently 24 workers, during a Covid19 pandemic surge, were arrested and put in jail for nearly 21 days. In May 2021, Horana Plantations Company, which leases the State land on which Alton Estate cultivates its crops, suspended the employment of 36 workers citing that they had assaulted the manager and assistant manager of the estate during the meeting. Throughout the ordeal, the workers claimed that they did not have the support of their representative unions, which had aligned with the management.

In such a system of complicity without accountability—where the plantation’s exploitative tactics of labour control determine who and what constitute the State’s conditions of indebtedness—women’s labour participation is extracted to benefit the wealthiest classes. This drives home the point that investigating the terms on which women participate in the labour force is crucial to any meaningful assessment of whether such participation constitutes empowerment.

In today’s context, recent policy shifts to expand girls’ and women’s participation within shop and offices and the migrant labour force are moving forward without respective safeguards in place for their work. Since the resignation of Gotabaya Rajapakse and the swearing in of Ranil Wickremesinghe as President in mid-July 2022, Malaiyaka Tamil male leaders and Members of Parliament have struggled to balance the plantations’ violent legacy and presence in their worker constituents’ lives. Moreover, many have opted to pledge their respective allegiances to majoritarian party leaders without acknowledging that women’s labour participation makes the industry possible.

Some, namely those leaders from the former Rajapakse-aligned Ceylon Workers’ Congress (CWC), have expressed their support of the current government and President, calling for “law and order” and a “both sides” approach to restoring “normalcy” in Sri Lanka. Yet, the question remains: when, if at all, has the plantation’s “normalcy” best served their Malaiyaka Tamil women worker constituents?

Normalcy includes Tamil union leaders voting for emergency regulations that allow for the arbitrary arrest and detention of innocent civilians and siding with companies during ongoing wage disputes; normalcy includes “thoughts and prayers” for the victims of floods and plans for overdue bridge repairs on monocultured, State-owned, company-leased land that will continue to slip and lose ground; normalcy has allowed for elites commenting on Sri Lanka’s plantation workers’ lived experiences to blame and shame them based on capital-driven metrics of household wealth, property, and “development” while failing to see that the agricultural, intimate, factory, and care work that they perform is (quite literally) paying back the country’s debts.

When plantations’ patrilines voice their power from Parliament, it is important to remember that the current force of policing in Sri Lanka began with and on the plantation. When workers, then called “coolies” by the British, bolted because managers treated them cruelly, they were jailed for no reason other than disrupting company and imperial wealth accumulation (Jayawardena 1984). As the archives evidence, many Tamil labourers did not survive the violence of the industry’s tactics of surveillance and valuation (Jayawardena and Kurian 2015). Many died in jails, on the sides of roads, and were beaten or died young. Like the workers of Alton Estate and those estate residents mourning the deaths of their relatives without homes in Nawalapitiya, Malaiyaka Tamil workers today know too well that company and State continue to work together to maintain worker oppression in Sri Lanka. When history has clearly shown the lineage of the police State from plantation to Parliament, what else can workers expect but a memorandum of understanding that seals their contracts to paying the nation’s debts?

All too frequently, the realities of Malaiyaka Tamil women workers’ exploitation on Sri Lanka’s plantations make their way into the news only to be forgotten soon thereafter by broader civil society and the international community. However, worse than forgetting, their exploitation is the acceptable norm. Until more caste oppressed and working Malaiyaka Tamil women are given a seat at the negotiating table for their living wage and right to land, housing, reproductive, and economic rights, the plantation’s legacies of violence will remain intact (Skanthakumar 2017). Accountability from those with decision-making power within the plantation industries, sector, and government for the redistribution of wealth and capital to women workers and their families is needed alongside a careful consideration of what it means to establish partnerships that empower them. This has been the longstanding struggle of non-aligned, independent Tamil women-led unions and feminist community organisers in the plantation areas who centre the lived experiences of women workers and their families. Their continuing work should be amplified to push for meaningful change, particularly in light of the neoliberal tendency to gloss and equate all kinds of women’s labour force participation with empowerment.

Mythri Jegathesan is Associate Professor at the Department of Anthropology, Santa Clara University. She is the author of Tea and Solidarity: Tamil Women and Work in Postwar Sri Lanka.

Image: Photographs taken by mutual aid organisers for families impacted by the Nawalapitiya floods, July 2022. From personal communication with author.

Ibrahim, Zainab and Buddhima Padmasiri. (2019). “Between Factory and the Estate: A Reproduction of Exploitative Structures.” In Daniel Bass and B. Skanthakumar (Eds.). Up-country Tamils: Charting a New Future in Sri Lanka (137-161). Colombo: International Centre for Ethnic Studies.

Skanthakumar, Balasingham. (2017). “Leaving No One Behind: Towards Sustainable Development of the Hill Country Tamil Community in Sri Lanka.” Kandy: Institute for Social Development.