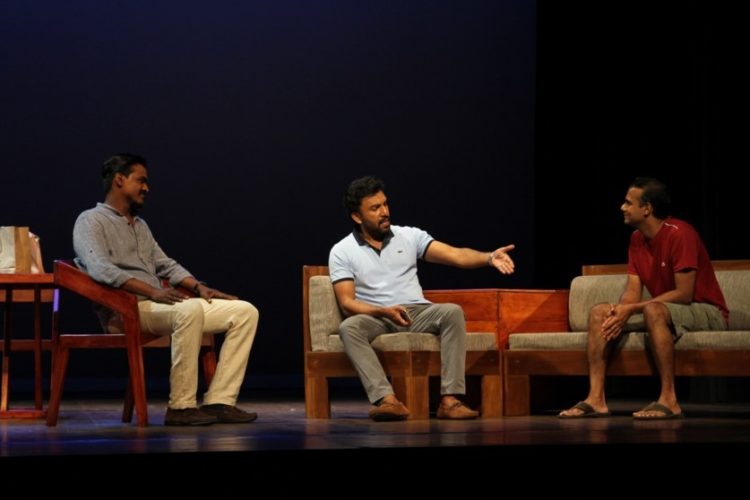 This play has been long in the making. A string of unfortunate circumstances induced by the pandemic resulted in the postponement of Rajitha Dissanayake’s new play, at least twice. So, we got to watch this play titled ‘A Day in July 2019’, in January 2022.

And yet, the play is not out of step with the present. In fact, I would argue the opposite: it has gained ironic depth, as we come to terms with the magnitude of the socio-political and economic realities that Sri Lanka faces. These, one might add, have been even longer in the making.

First, bravo to the playwright and team for not giving up, despite Omicron and the rising price of egg rolls and what-not, on actually staging this play. The mere act speaks volumes for the dedication of the Freedom Theatre Group. However, as admirable a feat as it is to stage a play in today’s dire conditions, it isn’t reason enough to applaud it.

‘A Day in July 2019’ takes us to a particular moment in this country’s history after the Easter Sunday bombings, before the Presidential elections of November 2019, and pre-pandemic. It is a moment when the election campaign which brought the ruling dynasty back into power was in full swing, and everyone was feeling particularly patriotic and suspicious about everyone else. It sheds light on many aspects of the meta-narrative that define our present circumstances. It explains how 69 lakhs of the electorate were swayed by the sounds piped from the ‘Pohottuwa’ camp.

The play starts with a man and a woman sharing a bottle of un-chilled white wine, alone, in the apartment of a mutual friend. As one could easily guess, they have a history. Dinu (Sulochana Weerasinghe) has something important to tell our protagonist Danushka (Nalin Lusena). But before they ever get to it, they find themselves in the middle of a search operation. There is information of a bomb in the compound, and the army is searching through the apartments. Danushka leaves Dinu, promising to return, locking her in the apartment for her own safety or perhaps out of his fear of losing her again.

He returns home, to another apartment in the same scheme, where his wife is annoyed with him for not answering his mobile phone as usual. This is the drawing room we often find ourselves in, in Dissanayake’s plays; the television is on; phones are ringing; neighbours walk in; wives discuss diet plans; and kids have gone for tuition.

The ‘Patriot’
We find that Danushka is trying to find a solution to an ongoing drinking water crisis in the apartment scheme. His neighbour, Manoj (Gihan de Chickera) introduces a guest, who seems to have a solution to their problem.

Mathangaweera (Sampath Jayaweera) owns a bottled water company. He also turns out to be a patriot: of the die-hard, blood-curdling variety to be found in our families. Though Mathangaweera lives in Australia, and is probably an Australian citizen, he claims to love his country (by which he means Sri Lanka), his culture, and his religion. He is suspicious of Muslims, and ever ready to defend the country from external threats and conspirators. As we find out later, he is also well-networked and ingenious in channelling the flow of events for personal gain. Called ‘Weere’ (literally, hero) by his friends, he embodies most Sinhalese in their idea of patriotism.

Danushka’s neighbour Manoj, is Weere’s enthusiastic follower. Manoj is a man who is happy that his son is domiciled in New Zealand, but claims his son remains Sri Lankan at heart. The playwright illustrates beautifully the love-hate relationship most Sri Lankans have with the ‘West’. A significant dimension of the meta-narrative is that it holds our culture, religion, and history, as superior to that of Western societies, while implicitly desiring the progress, stability, and prospects, that the West seems to offer.

Other supporting characters, Nilu (Jayani Senanayake) and Kamani (Prasadini Athapaththu), constitute the uncritical masses, too busy managing their households to care about politics. Danushka’s son Ranuka (Anuk Fernando) is an alarming portrayal of the younger generation, where easy access to information and technology has not made them any wiser or more progressive politically. Instead, the young have fallen prey to irrationality, jingoism and inflated ego promoted through social media. Danushka and Ranuka’s interactions on stage bring out the ideological clash between generations in a beautiful manner, reminiscent of Hanif Kureishi’s short story ‘My Son the Fanatic’.

Myth of Origin
At the centre of this play is a conversation between the three main characters about the history of Sri Lanka and the myth of origin of the people who inhabit the country.

Although these dialogues – the one above is reconstructed from memory – are delivered with comic relief by the gifted cast of actors, these are perhaps the most illuminating lines Rajitha Dissanayake has written in the last few years. Here, the playwright is revealing the identity politics and the meta-narrative that shape our present moment, and he brilliantly captures, how we, ordinary citizens, live within these meta-narratives. Remember the ‘Sinha-le’ nationalist campaign?

Dissanayake illuminates how society internalises racist ideological narratives in our daily lives. How easy to divide and segregate us in the name of race and religion; and how these claims are validated through (colourful) historical and cultural narratives. In short, the play sheds light on the political formula based on racism that propelled the current rulers’ electoral triumph in 2019.

It shows how everything from “lion-blood” and infertility-inducing pills, to the Mahavamsa and terrorism, were used to elicit an emotive response from voters that paved the then Opposition’s path to power.  It shows how many Sinhalese, both on the island and across the world, willingly swallowed the cure on offer; the taste and after-effects of which are only now being discovered.

It has been said that great art sheds light on human relationships. This play begins by hinting at a relationship drama. It is set in a family drawing room. But, unlike mega tele-dramas, it eschews melodrama for political satire. Dissanayake has given relationship drama a break to shed light on socio-historical narratives that shape our society, generation after generation. And it pays-off!

People have histories. Countries have histories. Coronavirus taught us that even diseases have histories. No natural phenomenon, or human emotion exists without histories. These unfortunate circumstances we are in today, a day in January 2022, has a history, as shown in ‘A Day in July 2019’. History is not our bad habit. Rather, it is our valorisation of one grand narrative that has overwhelmed other possible pasts, presents, and futures.

If one narrative, currently circulating in liberal circles, is to be believed, given the opportunity at the ballot box today, most people would boot out the present lot in power tomorrow. But this play underscores what is harder to do: to chase out the racist within us; to re-imagine those grand narratives in our heads. Yet, hard as it is, it is what we must do, if we really want to stop the rot.

Hasini A. Haputhanthri is a museologist, oral historian, sociologist, researcher, and author of ‘Museums, Memory and Identity Politics in Sri Lanka’ (Colombo, 2021). 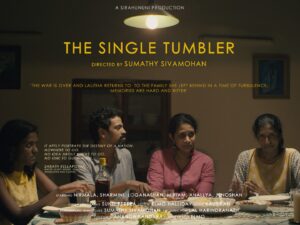 Wading through a stream of memories for answers: The Single Tumbler by Sumathy Sivamohan – Afrah Niwas 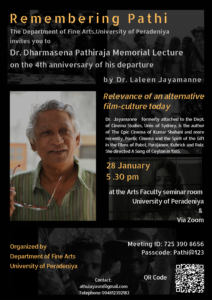 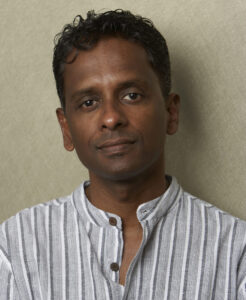