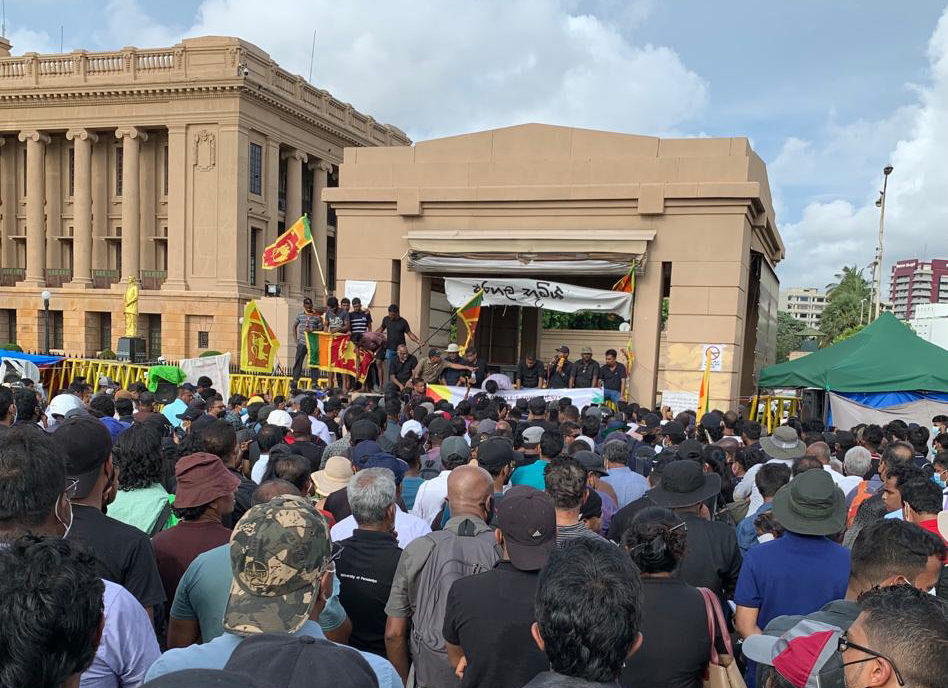 The current moment
We are witness to an unprecedented happening in the postcolonial history of this country. Countrywide protests are calling for a change in governance and economic undertakings, including the management of public and social goods like education, health and utilities. The protests are a result of the severe shortages brought on by an imminent economic collapse.

The Federation of University Teachers Association (FUTA) as the trade union of the country’s university academic community is in support of and solidarity with all those who are protesting peacefully. It is our view that any solutions –political and economic—that are imagined at this moment keep the people at their centre.

The economic crisis today has caused a severe shortage of essential goods and services, rising prices and a collapse of employment and livelihoods. The distress has brought people from all walks of life to the streets calling for drastic changes in the political establishment. The youth of this country, including our students, are also leading the protests in their thousands. The protests have identified rampant corruption, failure of governance and rank incompetence of the elite as the causes of this downfall and their call is therefore for the President and the Government to “go home”.

The President, Prime Minister and the Cabinet should heed the people’s call and resign, facilitating the political reforms demanded by the people including the abolition of the Executive Presidency. An interim government must emerge that reflects both the call of the protesting people and the widest possible consensus among political parties represented in the current Parliament. These processes are urgent and necessary to achieve political stability in the immediate future and address the pressing economic concerns of the people.

Background
These protests focusing on the economic crisis and political authoritarianism should not be separated from the longstanding protests throughout the time of this regime and before, including those of farmers, teachers, garment workers and others; protests against militarisation, the criminalisation of “dissent and difference”, forced cremations and ongoing protests for accountability, devolution of power, and land rights in the North and East and rest of the county.

The countrywide protests currently underway should embrace and amplify these demands and recognise that many of the burning issues we currently face are consequences of structural, economic, political and ideological causes that we must seek to address if we are to ensure sustainable and not cosmetic or temporary change.

Governance
The very centralised form of governance, in which extensive power is vested in one person, (limited to two terms), especially under the 20th Amendment, makes the executive president a near despot, and unaccountable to the people of the country, not even to the elected representatives. This has weakened parliament and the hand of the elected representatives. Over time, this system created a culture of intense patronage, nepotism, and sycophancy in the political class. The centralised authority has also led to negotiations and deals, where consultation and political participation of the people, particularly at the community level, have been completely undermined. Corruption and authoritarianism at higher levels have nurtured corruption and authoritarianism at the lower levels of governance.

Governance has to take place through a) elected representatives who are accountable to the people, and b) through the maintaining of the independence of the judiciary and other institutions. This is vital to sustaining democracy. What is also vital is the shift from passive democracy (confined to public voting at elections) to active democracy (such as we are seeing now).

The Economy
We are in a dire state of bankruptcy and our defaulting on the payment of foreign debt demonstrates it unequivocally. The past sins of successive administrations have led us to this moment where IMF intervention seems inevitable even though regrettable. While an IMF deal is imminent, currently there is insufficient discussion, however, on the conditions that may accompany IMF engagement and how such engagement will impact people’s lives in both the immediate and the long term. IMF negotiations are generally predicated on “austerity” measures that constitute cuts to spending on social welfare. The safeguarding of public goods and public entities, like education, healthcare provision, and essential utilities is imperative.

Though austerity measures and years of hardship are touted as inevitable, further disenfranchisement of a suffering people, hit by skyrocketing prices and shortages, must be resisted. There is inadequate alternative economic thinking informing current economic policymaking in Sri Lanka. We should not become complaisant with the neoliberal consensus – that we can go back to business as usual with the IMF deal. We must ensure that economic planning for the future will refrain from repeating the mistakes of the past that have led us to this crisis.

Social Fallout: Diversity and Unity
Increased economic deprivation can become the battleground for vested interests to play their game of divisive politics once again, creating problems where there have been none. Successive regimes have mobilised fears against ethnic and religious minorities during difficult times to debilitating effect. Such actions may continue in the future.

At this time, when the country is together in protest, many are asking that we acknowledge our plurality in positive ways. It is a time therefore to solidify this sense of unity. Ethnoreligious grievances and the many forms of marginalisation that exist will not disappear overnight. Building on the spirit of togetherness that has sprouted during the protests, we should address ethnic, religious, class, gender, regional, sexual and other forms of marginalisation as a matter of urgency towards creating a more equal society.

The Federation of University Teachers Association seeks to work with other trade unions and like-minded groups to find solutions to the economic and political crises that Sri Lanka and its people are faced with today. We are keen to participate in conversations, collaborations and protests that can help us collectively overcome the current crisis. We reiterate our commitment to building a society that upholds social justice, pluralism, democracy, equality, and freedom.

Statement issued by the Federation of University Teachers’ Association (FUTA) on the current crisis in the country on 19 April 2022. 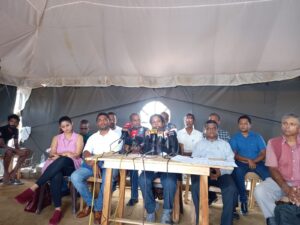 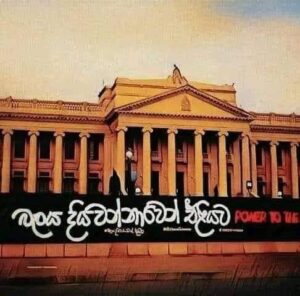 The Executive Presidency must go! 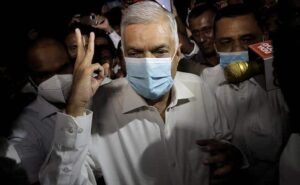