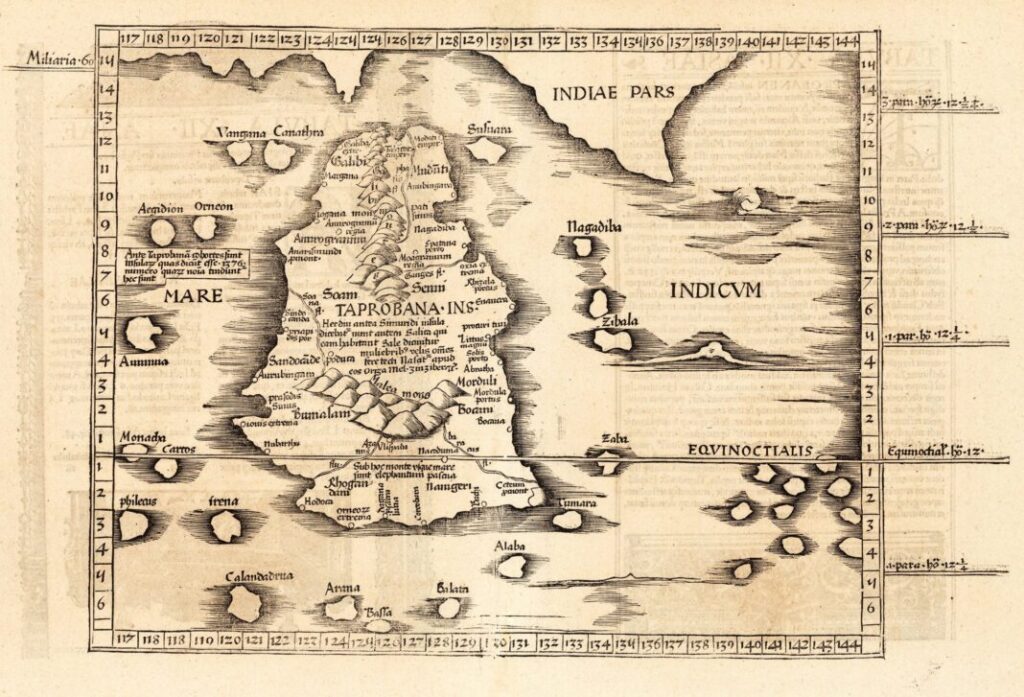 There is nothing natural or inevitable about states. They are formed under certain historical conditions; they undergo change and under certain circumstances can even totally disappear. A cursory glance at the history of the world will show this. The starting point is to understand the state as a product of history. Therefore, some key ideas are necessary for understanding state formation in post-colonial Sri Lanka.

This perspective differs from the conventional approach to studying the state, which treats it as a concrete, self-contained entity that has attained a final status. Of course, those who control the state, and their ideologues, always try to convey this notion. A whole paraphernalia of ideas, histories, and symbols have developed – not only to promote this idea, but also to convey the eternal character of the state.

For some, defending the existing state is something very personal and gives meaning to their lives. Much of the effort to promote goals such as economic growth, social development, and democracy, are based on this notion of the state. This is also the predominant approach in the realist school of international relations. But it is always necessary to maintain a perspective of change, and therefore focus on state formation when studying states.

Historically the state formation process in general has not been a peaceful one. Therefore, how we understand security is central when discussing states. However, the traditional approach to studying security in relation to states is very narrow or underdeveloped. Often security is equated with state security. The term national security is also used, even when there is no legitimate nation accepted by all sections of the population within the territory of a state. A focus only on state security can undermine the security of individuals or groups of individuals that form the population within a state. Often this process can also be a threat to international security. Therefore, the analysis of security must be expanded to look at security at different levels.

It is this expanded notion of security that makes the analysis of state-society relations a key to understanding the state formation process. State formation involves developing mechanisms to control territory and manage state-society relations. Ideas that legitimise the state, institutions, and public policies are key dimensions in this process. Overall, state-society relations are maintained through coercion and consent, or sometimes what is called the institutional and despotic power of the state. When consent overrides coercion in this process, we have states that have legitimacy in society. In such situations the hegemony that sustains the state and social order is strong. When coercion predominates, state security is given priority. But it undermines the security of individuals and groups in society. There is an inherent weakness in this type of state.

In the case of post-colonial state formation in Sri Lanka there are several variables that need to be studied. First, states have different methods of choosing the political elite who gain control over the state. Elections are one such method. This also manages state-society relations. This method of choosing the political elite in Sri Lanka was established 90 years ago under British colonialism with the recognition of universal franchise in 1931. The electoral system established was territorial, where the country was divided into electorates. The method for choosing members to the Parliament of a centralised state was the first-past-the-post or plurality system of election. When designing these electoral institutions, there was an underlying vision of a nation-state that was imported from the European experience of state formation. This vision envisaged a unified state with a Sri Lankan identity that will transcend what were called communal identities. The latter were supposed to be traditional and backward.

Electoral institutions have existed in a Sri Lankan society with their own history, social structures, power structures, and ideas. Although it is individuals who exercise franchise, they do not live in a social vacuum. Social context has an impact on the behaviour of voters. A combination of these factors determines the political outcomes of electoral institutions.

The second variable that is important when studying post-colonial state formation in Sri Lanka is bringing together diverse ethnic and religious groups under a single state. In the history of state formation in many parts of the world, constructing a state that has legitimacy with all identity groups has not been an easy process. This becomes even more complicated if identities are linked to territory. Conflicts generated by this process have been identified as state formation conflicts in conflict resolution literature. This has been the case in Sri Lanka. Identity, institutional structure, and public policies of the post-colonial state favoured the Sinhala Buddhist majority. The failure of this dimension of state formation led to an armed conflict. This aspect has been widely discussed in literature.

A third dimension of state formation that has been important, but less discussed, is the relation between the state and the majority Sinhalese in the context of the politics of capitalist transition. Capitalist transition is a political process. Political agency of the ruling elite and the role of the state are crucial in this process. It involves changing institutions or the ‘rules of the game’, so that markets become the primary mechanism for resource allocation. These changes have to be legitimised at an ideological level. When institutions to establish markets are successful, they become ideas that seem to be natural and common sense, thereby creating a hegemony. The other dimension of capitalist transition has been the degree of openness to global capitalism. This has varied in the history of capitalist transition in Sri Lanka depending on the ideological orientation of ruling regimes.

Capitalism is an economic model that generates unequal benefits. This means all Sinhalese have not benefitted equally from this process. Political opposition to capitalist transition has come predominantly from within the Sinhala majority. Socio-economic grievances of the Sinhalese could easily combine with nationalist sentiment to oppose the state. Since the legitimacy of the state depended on Sinhala identity, this was a potent political combination. Moreover, the Sinhala majority was the determining factor in choosing who came to power. Therefore, managing relations with the Sinhala majority in general, and rural peasantry, intermediate classes, and organised working class in particular, was a major variable in the state formation process. The post-colonial state developed several policies for this purpose. But in a context of underdeveloped capitalism, these policies created significant pressure on public finances and have not always been successful. There failures have led to violent challenges to the state by political movements within the Sinhala majority.

There are two dimensions that are important in the international dimension of Sri Lankan state formation. First, how capitalist transition dealt with the global economy has had a bearing on the resource base of the state, or what is sometimes called the economic security of the state. Second, when it comes to security dimensions, the post-colonial Sri Lankan state has been within the South Asian regional security structure dominated by India. This has had a bearing on the post-colonial state formation process.

Post-colonial state formation can be analysed using the above variables. It must be remembered that although for analytical purposes we can identify four different variables, within the historical process they all exist together. In such a situation, policies that have been taken to consolidate a state in one variable can contradict political objectives of other variables. Conflicts and contradictions have been a significant characteristic of the Sri Lankan state formation process. Thousands of Sri Lankans from all communities have died due to violence underlying the process of state formation.

Sunil Bastian is a political economist and author most recently of ‘Sustaining a state in conflict: Politics of foreign aid in Sri Lanka’ (International Centre for Ethnic Studies, Colombo 2018).