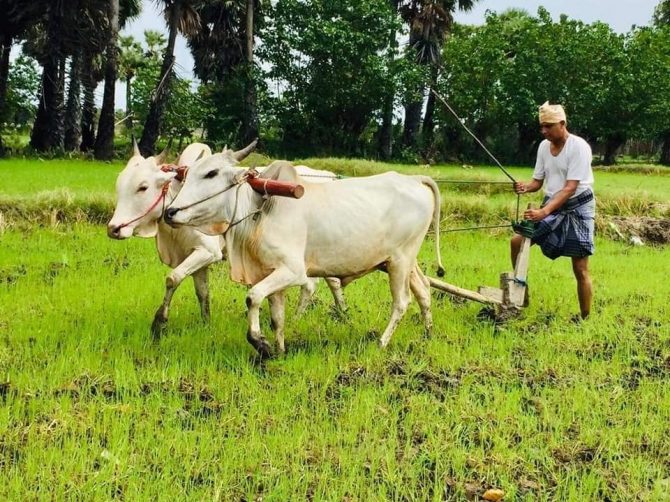 I was recently, and abruptly, reminded of a conversation that a junior researcher at a research institute I previously worked at, had with a few colleagues including myself. For whatever reason, Gamini Foneska’s name popped up, and the said researcher asked “Who is that dude?”. Being her honest and humble self, she admitted she did not know who he  was. One other time, in a conversation that referenced Kohuwela, she said, “I thought it’s a remote rural village”. She was educated from the first grade up to Advanced Level in Sri Lanka, and obtained her basic degree from an offshore branch of an Australian university, located in another Asian country.

Our colleagues at the office called any visit outside of Colombo ‘field trips’ or ‘field missions’. These excursions would usually be to rural destinations. When they were not, they would be to urban low- income neighbourhood clusters also known as wathu. The institute maintained a manual that contained a detailed account of the expected code of conduct applicable to such visits. All the researchers were to know it by-heart. If any guideline therein was violated, disciplinary action would be initiated against the offender. The manual was very specific about what to do and not do in the field. For instance, photographing the faces of persons was not allowed. If absolutely necessary, a photo neck-down may be taken; no fancy hats, scarfs, and sunglasses were to be worn on field visits; simple, light coloured, cotton shirts, trousers, and long skirts were recommended.

Something I really struggled with in this Vinaya Pitaka[1] was that consumption of alcohol was not allowed for the entire duration of a visit. Even though I argued that it has become very much part of my life, not to mention that of the average villager, the strict code would not relent. I had to comply given office policy and collective responsibility. What I realised at a later point was that the ‘field’, which usually coincided with the ‘village’, was a sacred site in the imagination of many of my colleagues. It was sanctified and romanticised in the heart of the researcher going from Colombo.

These reflections were prompted by a photograph of M. A. Sumanthiran MP, dressed in a vest and folded sarong, with a scarf wrapped around his head, leaning on a plough, right behind a pair of white cows with majestic horns and humps. A  lawyer by profession and President’s Counsel, Mr. Sumanthiran in the picture had taken his head scarf off, to fan his body glistening with the sweat induced by heavy manual labour. Positioned at the edge of the field, immersed in deep thought, the photograph would melt any heart and bring tears to any eye. Having first entered Parliament from the National List, and thereafter contesting for the Jaffna seat, his vote base had experienced severe erosion at the last election. It is no secret that his party’s survival in the north and east hinges on rural votes much more than urban ones. And a majority of that vote is sustained by fisheries and farming. Therefore,  parliamentarian Sumanthiran leaning on a plough or holding a fishing rod makes electoral sense. What he is doing is nothing more than becoming one with his voter at an optical level.

Either inspired by this, or of their own accord, the Janatha Vimukthi Peramuna launched a campaign called ‘Let’s Start from the Village’ (Game patan gamu). The sub-text on the campaign poster reads: ‘solutions to make life more beautiful – JVP ’guides’ (niyamuwan) [will arrive] in your village with proposals’ (jeewithaya lassana karana wisandum – yojana ragena javipe niyamuwan obe gamata). The word ‘village’ was highlighted in a large font size in yellow colour. This was a deviation from the JVP’s usual monotonous colour scheme of ‘yellow, black, red’. The upper part of the poster featured a multi-colour, soap bubble-type design, the middle part was in black (possibly for contrast), and the bottom part in red, in the shape of a border, with ‘JVP’ written in white, which is the reverse of their normal allocation of colours. This poster brought to mind a song very popular during my childhood, called ‘a letter from the village’ (gamen liyumak awilla).

The JVP mobilised very attractive and creative groups around the urban space during the last election. An  enthusiastic crowd gathered around them, including youth, pensioners, and ‘displaced leftists’, most of whom promptly got on the National List. Like Sumanthiran’s Tamil Arasu Kathchi, the JVP also experienced a considerable erosion of its voter base at the last election, resulting in their parliamentary representation plummeting from six seats in 2015 to just three this time around. I don’t exactly know whether this was because the JVP became the village relative who was married off to the city.

Mr. Sumanthiran most likely washed off his sweat and the smell of mud and paddy with perfumed soap, promptly heading to the Supreme Court or Parliament the very next day. Villagers are still waiting for the JVP to come to them with the promised ‘beautiful solutions and proposals’ ever since the first of November. It is said that there are about 25,000 villages in Sri Lanka. The Gammadda crowd[2] that was so far dominating the village scene may have strategically withdrawn because they can’t compete with the JVP. I wonder whether the very successful bees honey project spearheaded by the JVP’s local leadership in the Uva Province has been discontinued. If so, it could be because they wanted to create an ideological space for the ‘guides’ coming with proposals to ask the question as to whether bees can make life beautiful. In the meantime, my former colleague is now reportedly holding a senior position, and has been going on field visits over the last several years. They say that possibly as a result, she now knows that not only Kohuwela, but Maharagama is also not a remote rural village!

(The original version in the Sinhala-language weekly Anidda newspaper appeared in the author’s regular satirical column styled ‘Inda-hita’ on 14th November, 2021 and was translated into English by Hasini Lecamwasam in consultation with the author).

[1] Disciplinary code of conduct in Buddhism, meant for the clergy.

[2] A Sirasa TV programme to air the problems of rural people, which then informs the media group’s CSR development projects.