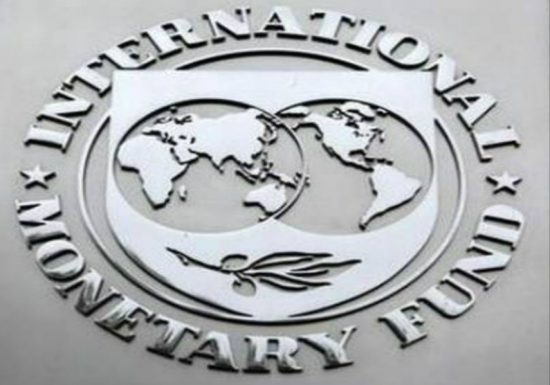 Among elite policy makers and experts, there is an unshakeable belief that going to the International Monetary Fund (IMF) will provide a pathway for Sri Lanka out of crisis. The IMF, however, applies its policy in a fragile global economy: one entirely different from the dawn of the neoliberal era when global trade was expanding. Any potential agreement with Sri Lanka would lack the same proposition of trading reforms for growth.

The IMF previously deployed this narrative to convince local comprador elites that they could manage the resulting social disruption caused by drastic cuts to services. Around the world, however, people are pointing out the contradiction between the shift in the IMF’s rhetoric in response to global economic crisis, and the pain caused by its habitual emphasis on “fiscal consolidation”.

For countries that experienced shock therapy during the 1980s, at the very least, they could look forward to profits embedded within global supply chains. IMF policy devalued labour compared to capital. Workers experienced wage repression. Businesses produced goods for export. But the expansion of markets driven by debt in the West could create the necessary demand for products.

Now, however, in addition to the fact that only those few countries with a semblance of industrial policy, such as China, vacuumed up most of the benefits, the scope for global growth is dramatically narrowing. An IMF programme today may shore up macroeconomic stability temporarily, albeit at great social cost. But it cannot guarantee Sri Lanka’s participation in a rapidly expanding global economy.

Regime Response and Opposition Conundrum
This is not to say that the current regime in power in Sri Lanka has a clear alternative, either. Despite its experiment with fiscal heterodoxy, in conjunction with its pronounced tilt to China, it has failed to discipline Sri Lanka’s business class by channelling it into productive investment. Instead, the speculative boom in the stock market and the long-standing impact of regressive tax cuts have engendered a fiscal crisis of the state.

While the international debt situation was always going to be extremely unfavourable given the circumstances, the regime could have done far more to stabilise the domestic economy. The dual nature of the crisis of confidence has simply reinforced the wider crisis of legitimacy for the regime.

Many popular commentators are fixated on the regime’s indecision in its handling of the public health crisis. But its disorientation is symptomatic of an underlying failure to directly confront the economic crisis. Here, in response to the COVID-induced breakdown, the regime initially wanted to borrow elements from existing alternatives to the IMF consensus. It announced capital controls and import substitution. But it failed to back up its objectives with the required mobilisation of revenue.

The regime could have compelled the rich to accept a wealth tax, while strengthening mechanisms to mobilise the population to ensure domestic food security. If so, there would have been, at the very least, a slim possibility that it could have manoeuvred Sri Lanka out of the trap.

Instead, the regime’s long-standing belief in its own ability to convince investors everything was fine meant, as Gramsci put it, “the snake bites the snake charmer—in other words the demagogue is the first victim of his [sic] own demagogy”.

The regime’s overwhelming hostility to public criticism and its ingrained authoritarianism resulted in its unwillingness to undertake the necessary course correction. A national dialogue to find a socially acceptable alternative could have staved off emergency. In contrast, the regime reasserted belief in its own infallibility. Consequently, it appears dead in the water.

The parliamentary Opposition, however, is in no position to savour the collapse in public approval for the regime. The most visible elements currently lack an effective response to the structural impasse in the global economy.

If Sri Lanka goes for an IMF agreement, and even if there is a cross-party caretaker government after the potential demise of the current one, what will shore up its political legitimacy? How could any future regime in Sri Lanka justify further budget cuts without a corresponding reorganisation of society along fairer, more egalitarian lines?

The fact that policy makers and experts pining for the IMF have not even conceptualised this as a problem is a dangerous blind spot. The loss of hope for inclusive economic recovery is the terrain on which demagogues thrive.

Need for Mobilisation
Accordingly, we must engage in root-and-branch rethinking. Looking back at those moments when societies have recovered from disaster, they have been premised on a fundamental principle: collective mobilisation to rebuild society.

There is a tremendous difference between attempting to resolve a crisis via a committee of experts, versus collective mobilisation. The latter involves a different articulation of the relationship between intellectuals and masses.

Collective mobilisation introduces a critical dimension to the production of knowledge, putting policy makers directly in contact with ordinary people. To kick-start this process requires reviving existing institutions, such as cooperatives and local associations, and identifying creative ways in which the state can support them.

This approach is different from an NGO-style advocacy model in which a self-selected group speaks on behalf of others. Instead, it requires political mobilisation to directly transform state institutions so that they can effectively support people’s ongoing efforts at self-organising, such as mutual aid.

At the same time, this is also distinct from a right-wing ‘populist’ approach, which aggravates distrust in governmental institutions. We have seen what happens when people lose faith in the exercise of government, such as anti-lockdown protests in the West. This process only exacerbates the social chaos caused by the pandemic.

Thankfully, however, there has also been a shift in the political discourse in terms of thinking about what states can and should do for their populations. Neoliberalism drew its energy from a historic crisis of confidence in the social democratic project during the 1970s. But the current moment, drawing from the previous decade of anti-austerity struggles, appears to represent the revival of belief in the power of government in general to improve people’s lives.

An effective opposition in Sri Lanka must be able to highlight the urgent need to rebuild state capacity, as opposed to expecting global powers to solve the country’s problems.

Experts and policy makers predisposed to neoliberalism are often attracted to the idea that the IMF can impose fiscal discipline because Sri Lanka supposedly lacks the will to get its own finances in order. This type of discipline, which is demanded by unaccountable external organisations, is entirely different from the discipline the public must leverage through control of the democratic organs of the state.

Editorials on Sri Lanka’s past IMF programmes may blame their historical failure on the lack of political will to rein in “handouts”. But this perspective ignores the fundamentally distorted structure of the ‘open economy’, in which privatised financial speculation has had a free run. The solution is not to demand even more cutbacks to public spending to secure unrealistic goals.

Ironically, such proposals are the mirror image of the free marketers’ accusation that socialists during the 1970s perpetually demanded sacrifices from the public to achieve a future utopia. Instead, we must demand that taxation and investment channel the uncontrolled expansion of wealth, into the sectors that are necessary to sustain ordinary people’s livelihoods.

Beyond Expertise Alone
This is where the current regime, despite its nationalist base, is unable to truly mobilise in an effective way. It can issue gazette notifications and proclaim a state of emergency. But it will not inspire people to hold the highest economic elites accountable. It lacks the will to shake up social relations by experimenting with new forms of collective organisation.

In the immortal words of an unjustifiably little-known economist, G. V. S. De Silva, such an attempt would require “a mass movement to develop the productive forces, increase the technological consciousness, widen the intellectual horizon, and unleash the suppressed creative energy of the entire rural community” (1973: 104).

De Silva’s words are prophetic not only for identifying the limits of the current government, but also those of the parliamentary Opposition. De Silva was writing during the 1970s crisis, when the Left initially provided the intellectual direction for the government. N. M. Perera in the Finance Ministry epitomised the Left at the height of its power. Yet all the planning in the world could not solve the fundamental issue of convincing the general population that the Left’s model could overcome the massive challenges Sri Lanka faced.

The policy makers and experts now promoting an agreement with the IMF may think that this would resolve the current crisis. But their faith in the same style of top-down change—like their 1970s counterparts, who they often mock—would provoke its own kind of disaster.

Ultimately, stable foundations for a new regime can only be laid through a conscious attempt to reckon with the dramatic implications of our global moment. We must push the boundaries of what is possible. Imagine if instead of fixating on Central Bank money printing, for example, commentators asked what new mechanisms must be created to distribute goods to ensure people’s survival.

Prioritising an IMF agreement as the way out, and generally championing expert knowledge as the solution to the regime’s missteps, is hardly the kind of intellectual and political reckoning that we need to confront the scale of today’s unprecedented challenge.

If we critique the regime for its complete lack of self-awareness, shouldn’t we recognise the same in our own dogmas?